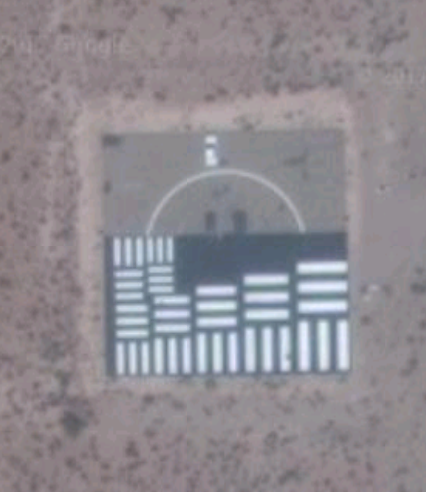 As you may know, Photo Calibration Targets are very common throughout the Mojave Desert. A majority of them can be found clustered together at Edwards AFB, and a handful of other ones spread around the desert floor, with some overlapping into China Lake. In Area 25, of the NNSS, a brand new Photo Calibration Target was installed over an existing Heliport, between 2011 and 2015. It is pretty cool seeing these "targets" playing a role in 2017, in our National Security! Maybe it's a sign of a new project coming out of our favorite secret base...