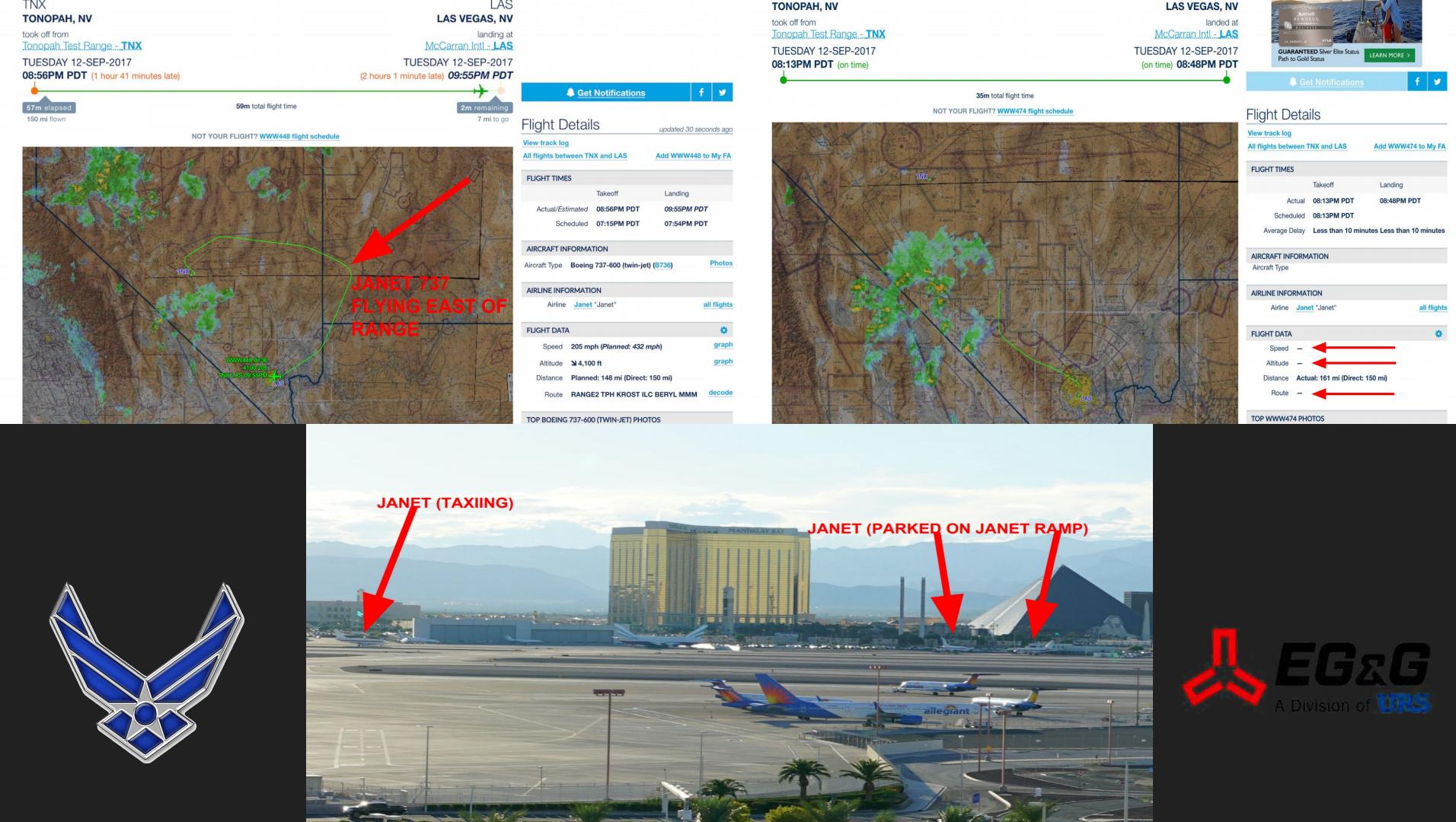 As you may remember, I made a post the other day about how Flightaware was only displaying three or four Janet flights a day. The normal amount is in its high 20's or low 30's, per day. I originally thought it may have been caused by the horrific tragedy that recently occurred out at Area 51. Then a DLR member suggested that it's normal for Janet Flights to be slow the week after labor day. It turns out, none of us were correct! The image below of the Janet Terminal In Las Vegas, was taken Tuesday September 12th 2017 (Today). It depicts two Janet 737's parked on the ramp with a third taxiing. Another oddity that I recently noticed on Flightaware, is the lack of information that is usually provided. Not all but MOST Janet Flights tracked by Flightaware now censor the airspeed, altitude and route (Example on top right of image)!

So here's my conclusion. I do believe the tragic accident recently with Lt.Col Eric Schultz may have disrupted some of the routine Janet Flights, but I think most of it is due to Flightaware's recent malfunction. Obviously by referencing the photo below, the Janets are VERY busy! The parking lot was packed too! The only thing I don't know for certain is if Flightaware is accidentally malfunctioning OR purposely censoring Janet flights. Just like private businesses, it's quite possible that Janet fleet manager//office requested to no longer provide tracking for Janet flights. If true, it's odd that some decide to accurately show up on Flightaware. Lastly, it's the first time for me that i've seen a Janet fly to Vegas on the east side of Range (top left)! Any guesses?

I hope this helps clear some things up!