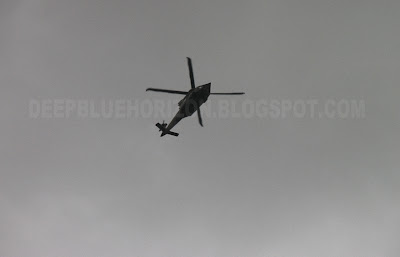 There's news here and there, snippets here and there, but yeah, not that much. There has been a recent picture posted by Douglas he got sent to him claiming to be a daylight photo of the real thing. I have my doubts as does Douglas, but it's just too difficult to tell for sure.

We know "they" (if there was more than just the one) are based in Nevada, probably TTR, based on some of the books published. I doubt we are really going to be getting much more than that.

Like the RQ-170. I'm really surprised the Air Force even made a factsheet on their site for the 170; No pictures of course.*face-palm*

Attached link: Is this the first daylight photo of a bin Laden raid stealth helicopter - or a fabulous fake?